God has spoken!  The Scriptures everywhere

claim to declare the mind and will of God!

He hath spoken of old time  (“time past”) to

“in the prophets” - their formula was “thus saith

“by divers portions” - many ways - orally and

written down for over a millenium

and illustrations, by Urim and Thummin!

How various the literature of the Old Testament -

philosophic, poetical - revealing all through

the one eternal Mind!

In various ways has communicated His will - but

all these were but partial, fragmentary, anticipatory

utterances, leading up to the one and complete, all

absorbing “speaking of God to us in the Son” which

is placed in contrast to them all.

I remember Bro. Duncan’s series of sermons on

“The Manifestations of the Pre-Incarnation of

of the mind of God - not necessarily foretellers.

the ushering in of “new heavens and

That day, though in the future, the first coming of

Christ was as it were, its dawn, signifying its

approach and preparing believers for meeting it.

“the darkness is past, and the true light now

Has now spoken through His Son -

a relationship to God, far above that of the

angels or of Moses and altogether unique

“by His Son” - simple and clear, complete

with thee and ye perish from the way”

“whom He hath appointed heir of all things”

Take your pick - I refer us to Matthew 21

“by whom also He made the worlds”

without Him was not anything made that

Christ ordained all periods and dispensations

eras - He is the Sustainer - He holds the universe

together - “in Him all things consist” - on His

fingers hang the suns and systems of immensity.

It is  the Lord Christ who adjusts and governs

all the tremendous forces - physical, intellectual

and spiritual which operate throughout creation.

“GIVE UNTO THE LORD THE GLORY DUE

The Son, Himself essentially and independent

of His manifestation in time - carrying with it

the idea of light and the splendor surrounding

God - the glory of God is occasionally manifested

under the form of an unearthly radiance - on Mt.

Sinai, in the Holy of Holies, in the New Testament,

the vision of the shepherds, the Transfiguration,

the ecstasy of Stephen.

But the full blaze of this glory accompanying the

face of God, even Moses was not allowed to see

for no man could see Him and live.

“God is light” - He dwells in “the light which no

man can approach unto”  - “whom no man hath

seen nor can see”

This glory the Son is to radiate and beam forth

Christ is presented as one with God - Himself

the sheen of His glory.

“and the express image of His substance”

hypostasis - the Divine Essence of God (His

hypostasis - Webster’s says - the substance or

essential nature of an individual.

“In Him dwelleth all the FULLNESS of the Godhead

“brightness”  - EFFULGENCE - a shining forth

Brightness and image are related to “glory” and

“substance” but these are words or figures, each

inadequate of the inscrutable reality.

If we may distinguish between them, glory and

brightness portrays the view of the operation and

energy of the Godhead being through the Son -

while image and substance brings out the idea

of the Son being the Manifestation of what the

Godhead is and especially of what it is to us!

Now my question is - HOW ARE YOU OR I

REFLECTING THIS IMAGE AND GLORY?

and WHAT ARE THE CONSEQUENCES? 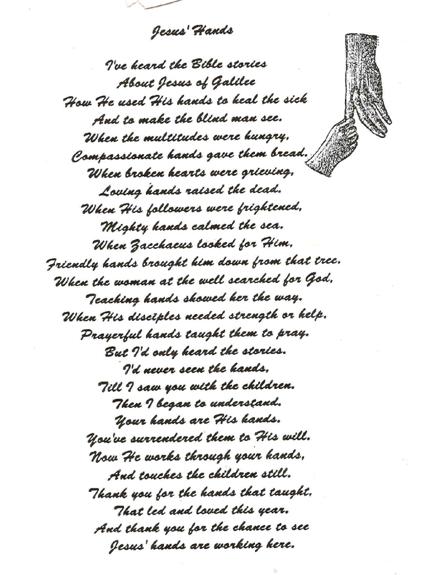 “and upholding all things” - or sustaining -

not only were the worlds “made through Him”

but he ever “upholds” the “all things that

were made through Him” - remember, He

This upholding operation must not be supposed

to have been of no effect during the period of

His humiliation  - He was still what He  had

been in eternity, though He had “emptied

Himself” of the state and perogatives of

“by the word of His power” - the worlds were

framed by the Word of God

“when He had made purification of sins” -the

grand  purpose of His Incarnation.

"On the right hand of the Majesty on High"  - the phrase

is never applied to the Son's original relation to the Father

"before the ages" but only to His exaltation as the Christ!

"All authority hath been given unto me in heaven and

Christ is exhibited as the True High Priest

of humanity, accomplishing what the Old

Testament signified and has “sat down on

the right hand of the Majesty on high”

v. 14 - The allusion is generally to their

office of subordinate ministration in

furtherance of the Divine purposes of

human salvation, the continuance of

such office being denoted by the

present participle of “sent forth”

When on earth, Jesus received angelic

proclaiming His advent and celebrating it in

a burst of choral praise - they ministered unto

Him after the temptation and sustained Him in

His great agony - (could have delivered Him -

the servant of the High Priest) - angels attended

His resurrection and were in the empty tomb -

they were with Him at His ascension to glory -

and will be there when He comes again!

They now stand before His throne awaiting His

commands  and eager to do His pleasure -

On behalf of those “that shall inherit salvation”

They camp around believers, they watch over

little children, they are instruments of good to

the poor and the forsaken, they carry away the

spirits of the departed and they willgather the

saints at the final judgment.

Note the dignity of man - angels minister to

him, God cares for him, angels promote his

Think of God, surrounded by His holy angels,

ten thousand, standing before Him, ready to

do His beckoning - the idea of awful majesty

overwhelmingly rises before us!

Also, think how that the very seraphim hide

their faces before His glory while they praise

Him!  How shamefaced, then should sinners

be when they come into His presence - and

to put this into the context of flip-flops and

vs. 1-3 - the danger of disregarding this message

A SOLEMN WARNING!  The necessity of

Notice, its beginning was through the Lord, Himself  -

Christ the Son, not through INTERMEDIATE

How prone men are to “neglect the great

salvation” - out of love of the world and secret

“The ox knoweth his owner and the ass

his master’s crib but doth not know,

my people doth not consider” - Isaiah 1:2

What a blessing would dawn on the church,

the and the world if men would

“search the Scriptures” and make intense

application of mind and heart to the saving

truth of the gospel.

Only then will we be preserved from APOSTASY!

Myriads of believers have certified the gospel,

many upon deathbeds but don’t flirt with

damnation - “today is the day of salvation”

You will miss salvation if you neglect it!

Just as the farmers will lose their harvest

by simple neglect, so the surest way to

irremediable ruin of the soul is just to

that accompanied the apostles ministry.

These signs and wonders, the craving for which

as a condition of belief was so condemned by

the Lord, have their true evidential value

THEY DID NOT FURNISH THE ORIGINAL

BASIS OF BELIEF, WHICH RESTED ON

CHRIST HIMSELF, HIS PERSON AND

They came in only as suitable accompaniments

of a Divine dispensation and as additional

They are not to be explained away - from time

to time God continues to give attestation to

the gospel in its living power on the souls of

men and it results in the world before our

d. distributions of the Holy Ghost  -

gifts of the Spirit to individual