ABORTION STATISTICS AS OF 2004

Jehovah God is Omniscient which means He knows everything, our “downsitting and uprising,…..my thought afar off” – Psalm 139:2.   By putting Jeremiah 19:4-5 in perspective – “they……have filled this place with the blood of innocents;  …..which I commanded not, nor spake it,

neither came it into my mind”

How wonderful that God who is Omniscient would never have the thought of aborting a child!

ways my ways, saith the Lord.  For as the heavens are higher than the

earth, so are my ways higher than your ways, and my thoughts than

And to think man thinks he is knowledgeable?  Psalm 50:21 puts this in

the true light – “These things hast thou done, and I kept silence; thou

thoughtest I was altogether such an one as thyself:  but I will reprove thee, and set them in order before thine eyes.”

God will judge this nation for the 40 million + babies that have not seen the light of day because a few judges, (in their failure to represent the God of all the earth who only doth right – Genesis 18:25 – Abraham said this of God when He was contemplating the destruction of Sodom) instead of interpreting the law, legislated from the bench.  Roe v. Wade was founded on a lie – the plaintiff stated she was raped later has admitted she had had consensual sex.

In reference to Ezekiel 5:15 – “So it shall be a reproach and a taunt,

an instruction and astonishment unto the nations that are round about

thee, when I shall execute judgments in thee in anger and in fury and

in furious rebukes.  I the Lord have spoken”

All along, God intended for to serve as advertisement

to the world’s nations regarding the goodness and holiness

of God.  If she refused to play the role in blessing, she would

play the role in judgment!

If was a Land of Milk and Honey in the Old Testament, then

dispensation.  This one issue, “Abortion on Demand for Convenience Sake” and the resulting loss of life is enough to make us an instructive example of God’s judgment to the modern world.  Mark my word.

This is mainly because we have departed from His will and teachings.

We have fulfilled Romans 1:28 – “even as they did not like to retain God

in their knowledge, God gave them up to a reprobate mind, to do those

things which are not convenient”.    Mark His Word!

The Founding Fathers said in the Declaration of of their grievances -  “To prove this, let Facts be submitted to a candid world”.

the Facts of “Abortion on Demand for Convenience Sake” be submitted

to a biased world.

The following pages tell the tale as of 2004. 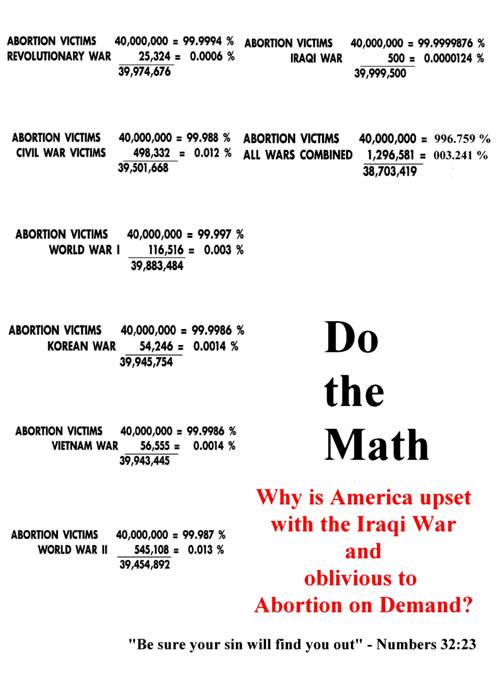 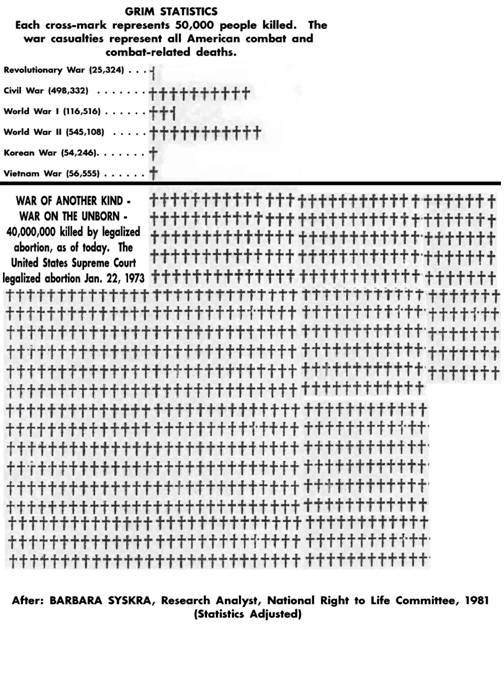 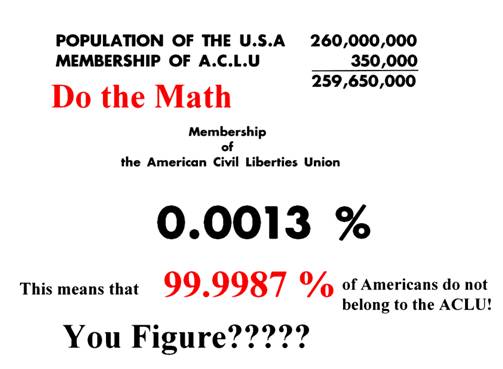 How could this happen except for a CORRUPT JUDICIARY and a

CORRUPT NATION?  “my people love to have it so:  and what will