(Please Study this with II Kings 14-15 - it was originally

one lesson but I have separated them - it has the same

The Bible does not say "People who do not know

history are doomed to repeat it" - I think it was

Santana that said that - it just reinforces that principle!

things happened unto them for ensamples:  and they

are written for our admonition, upon whom the ends

of the world are come.  Wherefore let him that thinketh

he standeth take heed lest he fall"

I also would like to use the scripture in Ezekiel 23

about Aholah - and Aholibah - or

- Aholibah should have known better -

I say is Aholah - Aholibah.

Aholah means her tent - points to the worship in Samaria

Aholibah - my tent is in her - magnifying her privilege

and aggravating her guilt

Thus our lesson today is still about history.  I marvel

at the parallel how played the harlot and how

are gone out from among you"

Mr. Ashcroft, a Pentecostal according

to last night's Jeopardy & the criticism

they get - I wonder if the secularist leadership

I will tell you where secular humanism is

cases - law - judges - they may be innocent

but the rational used by judges is very suspect

except in this day of anarchism through judicial

connection of abortion playing a positive role in

CONTRADICTION OF GOD'S WILL -

POPULATE THE EARTH - (He formed it

In those days as now, people did what they

wanted, irregardless of what the Bible says

No doubt he looked deep within and proceeded

to do what he wanted to!

and the acknowledgement of Him in the name

Joktheel was soon gone and in his self-help loses

all  and realizes the fulfillment to the prophet

Notice the word "they" - this takes a little weight of

guilt of idolatry from the shoulders of Amaziah - shared 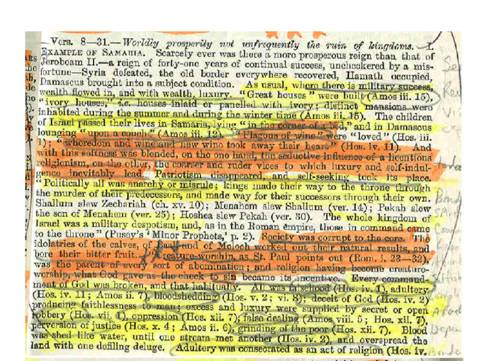 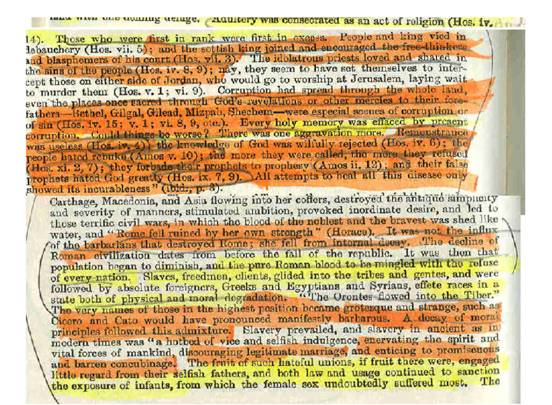 Where a man's ways leads him - Amaziah embarrassed

when Joash ignominiously brings him to and

glory and leaves him to meditate on "the wages of sin"

To sum up Amaziah - he lacked a perfect heart or fixed

attention to God's will - he was proud & boastful - he gave

way to idolatry in his later years - he despised the reproof

of God's prophet and although better than most of his

predecessors, he did not reach a high standard - both he

and his dad, Joash, began better than they ended - they

roused conspiracy by their misconduct and were

and  the inner mistake of turning aside

to the gods of the children of Seir) fearfully visited

with a long punishment and a fatal end is

recognized here for the good that was in it.

who had understanding in the visions of God:  and

as long as he sought the Lord, God made him to

v. 7a - "and God helped him against the Philistines &

v. 17 -  his intention to simulate the self-assumed

In earlier years Azariah was a pattern - in his later years

have been so ignorant?

THE SEVERITY OF THE PUNISHMENT MEASURES

THE SIGNIFICANCE OF THE SIN! 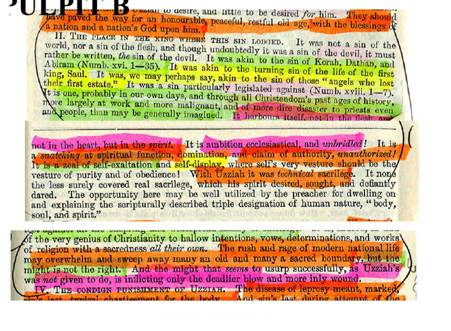 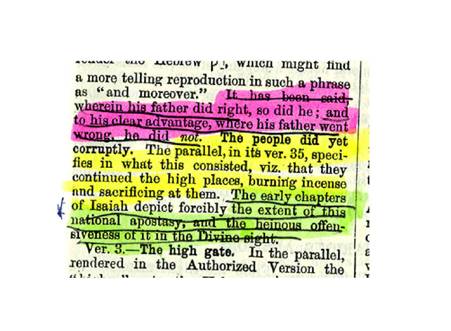